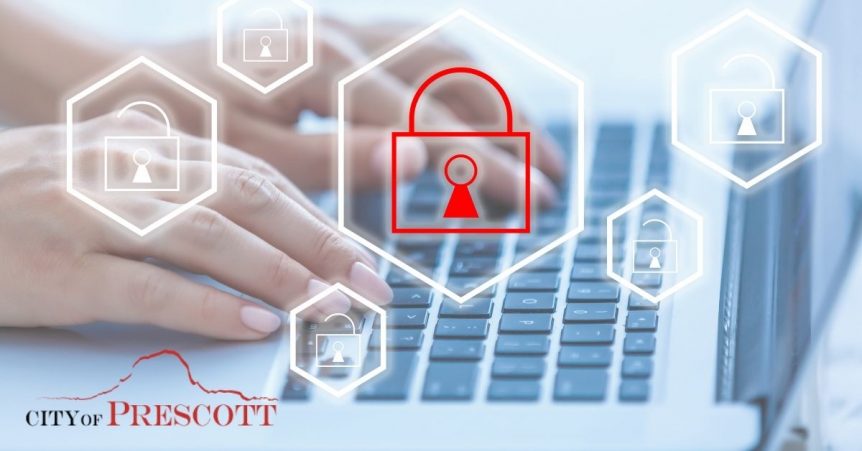 The City of Prescott, Arizona overlooks an authentically American western landscape. This mountainous countryside gives birth to a booming metropolitan city that attracts people from around the world to its many museums, art galleries, and antique shops in addition to its wonderful outdoor recreational activities.

Just like in the Wild West, where sheriffs fought outlaws for control, the City of Prescott faced a battle with threat actors attempting to wrangle control of the city’s resources and sensitive data. Nate Keegan, IT Director for the City of Prescott, knew that he had to harden the most vulnerable layer of their cyber security stack—the password.

What prompted the City of Prescott to look for this type of solution?

We wanted an automated and reliable method to assess and enforce password security in our organization. There are many solutions available, but they seemed to be a mixture of tools that we would have to cobble together rather than an all-in-one tool. The result was not going to be the friend of automation, reliability, and precision, all of which was our end goal. Enzoic allowed us to easily achieve want we wanted and eliminate password vulnerabilities with a single application.

What types of cyberattacks were you most concerned about? Has your organization been a victim previously?

Our biggest concern was centered around identity theft as well as reconnaissance activities related to that. In the past, there had been some attempts, like password spraying, for this sort of thing against our organization. Even though these attacks were not successful, it was enough to scare us into action.

Honestly, with more and more cloud adoption, federated identity services, and users being prone to reusing credentials, it is insane not to have a way to ensure you’re not using weak or compromised passwords in your environment. Studies have repeatedly shown that the majority of breaches are the result of a compromised password and we wanted to make sure that we were not a victim of this type of attack.

What solutions did you consider? What set Enzoic apart from the alternatives?

We initially looked at putting together our own solution with some available tools, like HIBP’s free API, but at the end of the day, you must be able to rely upon your credential watchdog and make sure that the data is both clean AND frequently updated. Creating something ourselves, maintaining it, and paying all the overhead costs wasn’t something we could afford. The cost of Enzoic, combined with its ability to do things out of the box, is a sound investment. Enzoic shortcuts all of the work that isn’t free in terms of time or energy if we would have had to complete this project ourselves.

How did you secure internal support for this investment?

Identified the need based on an attempted attack against our organization combined with seeing more and more federated identity applications. From there, I bounced the idea off my staff and vetted options. After doing our research and evaluating other vendors in the space, we found Enzoic and scheduled a demo/proof of concept because it seemed like the best bang for your buck in terms of cost, time, and reliable results.

Upon seeing what Enzoic would deliver for us, it was clear to everyone in the organization that it was the right choice to solve our password security needs and protect our employees from account takeover. They told us it would be “set and forget” and it truly has been. It gives me and my team great peace of mind and easier sleep at night knowing that our passwords are both secure at creation and then continuously monitored for compromise.

How complicated was the deployment?

The installation was incredibly quick and smooth. We had Enzoic for Active Directory implemented and saw results within 30 minutes. We could identify which accounts and weak or compromised passwords instantaneously.

Enzoic was also able to provide us with e-mail templates and extra guidance to ensure that user adoption went as smoothly as possible. We were worried that there would be a lot of pushback for having such a tough password policy, but the help Enzoic provided almost completely eliminated the user friction that we were concerned about.

What else would you tell a friend about this type of security solution?

“I would tell them that it would be foolish in today’s cybersecurity world to not have a security solution like Enzoic place to protect your organization from unsafe passwords. Having good passwords and knowing that compromised or weak passwords are dealt with automatically is a huge boost to your overall cybersecurity stance and peace of mind. I sleep better every night knowing that my passwords are secure.”

“At the City of Prescott, we take a proactive approach to security. Enzoic was the perfect fit for our strategy and keeping our employees and city secure.” – Nate Keegan, IT Director